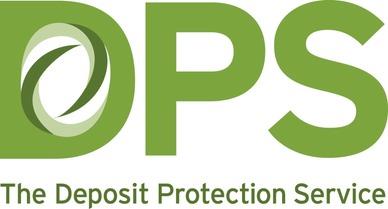 Some 284,000 residential landlords in the UK have failed to protect renters’ deposits despite the fact that it is a legal requirement to do so, new research has found.
A report from the Centre for Economics and Business Research (Cebr) for financial comparison website money.co.uk says that these landlords are sitting on £514 million of deposits that should be protected by an official third party service.

With 4.6 million households privately rented and the average protected deposit at £1,040, the total value of deposits paid by tenants and placed in protection schemes by landlords has now reached £3.2 billion, the report claims.

Despite the risk of fines for landlords who fail to protect their tenants’ deposits, 15% are still failing to do so running the risk of a £2,400 penalty and the report adds that landlords that flout the rules could together be earning up to £8.5 million a year in interest on unprotected money, while leaving themselves and their tenants with no third party protection when their agreement comes to an end.

The government imposed deposit protection schemes to stop landlords unfairly taking money out of deposits for things such as wear and tear or pre-existing damage when tenants move on.

With this protection in place, an alternative dispute resolution scheme will step in and assess the case and make sure any money held back by the landlord is a fair deal for both the tenant and the landlord.

However, compliance with these rules are not being monitored effectively and the onus to report and take action against the landlord lies with the tenant, the report also explains.

‘While many landlords are doing the right thing and protecting deposits in one of the official government backed schemes, a worrying amount of money is falling through the cracks and far too many tenants are being left vulnerable,’ said Hannah Maundrell, editor in chief  of money.co.uk.

‘It’s not right that tenants are left responsible for taking their landlord to court if their deposit hasn’t been protected. The government needs to step in and take decisive action. Introducing a compulsory register listing every landlord that rents out property in England and Wales would be a start. This works for Scotland and Northern Ireland and it seems crazy this hasn’t been brought in across the UK,’ she explained.

‘Add in tenants’ ratings and reviews to this too and you have both the beginnings of a solution that helps renters make an informed choice about who they’re handing over buckets of cash to; and the foundation for policing landlords that are currently going unchecked,’ she added.

Maundrell also pointed out that it is not just renters that stand to benefit from deposits being protected. ‘Landlords need a safeguard against renters that misbehave too. I can’t understand why any landlord wouldn’t do this. It doesn’t have to cost anything to place money with a tenancy deposit scheme and could save so much hassle later on,’ she added.